The Photography Show 2016: A Critical Review

The Photography Show at the NEC, now in its third year, is the natural heir to what was Focus on Imaging which closed its doors in 2013 at the same venue. So what has changed? On the surface of it, nothing, though the ambition of the organisers Future Publishing was to focus more on consumers rather than being strictly a ‘Trade Show’. Both shows are or were relatively small compared with Photokina in Cologne which has run each September since 1950. There was envisaged to be a partner show The Photography Show called PhotoLive which was “The Event for Photographers By Photographers” but plans for the show were cancelled in 2015. 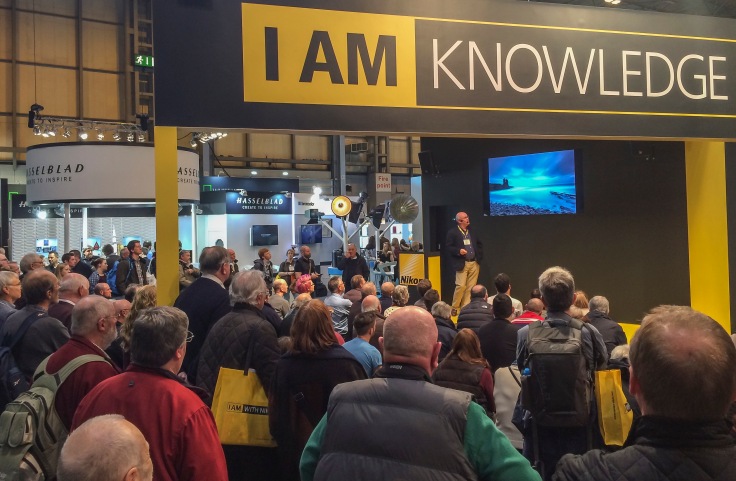 The main product on sale here though wasn’t, as one would imagine, cameras and equipment, but knowledge. With 174 speakers across all genres and areas of photography from fine art, landscape, portraits to models and commissioners of photography, all seemed keen to share their knowledge and to engage with the eager audience made up of a mixture of  amateurs, photographers and students though I am not sure there is quite the same distinctions between these groups as perhaps there was.  With many photographers now having what is referred to as a ‘portfolio career’ (another name for have several jobs none of which pays the bills on its own) and who are generally self employed. The rise of the amateur in the professional photographic market is a relatively recent phenomenon, looking back at some of the publications aimed at photographers in the nineteen sixties and seventies there was no question of an amateur becoming a ‘pro’ and the language used suggests that there was a clear dividing line between what the amateur should be concerning him (or her)self with though the way in which the articles were written suggested a predominantly male audience. There were examples too, taken by experts or those put forward as such with letters after their name from some society or other, of the kind of image one should be pointing one’s camera at. these usually fell into distinct though not exclusive categories usually under the umbrella of interests or possessions which might include wives or girlfriends, children, family holidays, landscapes or ‘places visited’ and the character portrait.  Each of these subtly reinforcing stereotypes and the industry status quo since seldom did professional images creep into these magazines and almanacs. 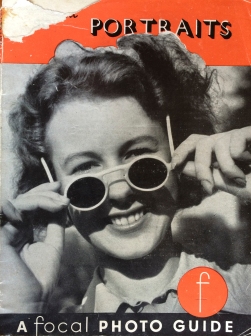 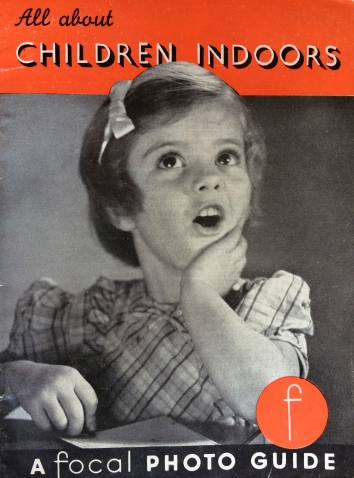 The examples above are typical of the subject matter and the list adds cats and kittens and dogs an puppies from these handy photo guides which date from the late 1950’s to early 1960’s. Ironically in this seemingly modern age where everyone is a photographer and everyone a ‘pro’ these subjects still crop up and made up the bulk of photographic subjects at the show. (see below which was a typical of the kind of images on show)

Photographic stereotypes abound, none were so perfectly drawn as in John Minson’s Glamour Night, a TV play directed by Nicolas Renton which first aired on the 9th July 1985, the day the Rainbow Warrior was sunk in Auckland and Back to the Future was one of the hit films of the year. In it a group of five photographers attend a Glamour Photo shoot staged by the camera club to which they all belong. During the photo-shoot they try to coerce the model into posing topless, leading eventually to an angry outburst from the model. What characterised this play was the carefully drawn characters who marked the cross section of what most believed photographers to be, the highbrow artist, the ‘semi pro’ documentary photographer , blazer wearing camera club treasurer, enthusiast etc. These were comically lampooned by Olympus in their long running advertising campaign  for the Olympus Trip 35mm compact camera which ran from the late 1970’s until the early 1980’s and featured a number of well known celebrities. Central to this campaign was the simplicity of the camera and the demystification of what it took to be professional with a variety of over complicated cameras standing in the way of the creativity (shown by David Bailey who by then was as recognisable as his images). 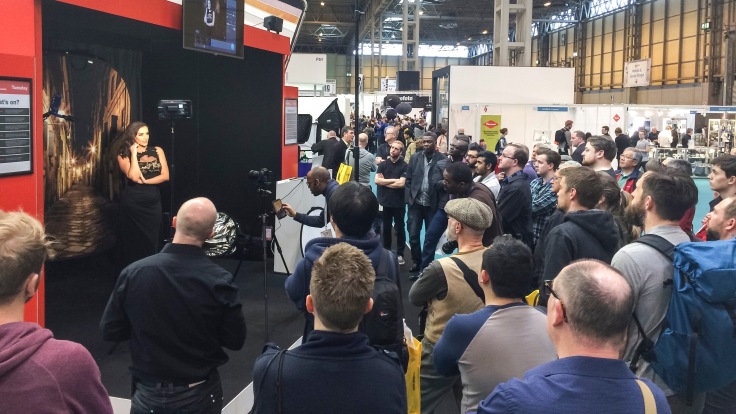 With cameras becoming ever more capable of taking pictures in the most challenging circumstances the techniques, which were once shrouded in the language of chemistry and physics, are now controlled by the camera leaving the photographer free to concentrate on the subject. On the day I visited (Tuesday) which was the so called ‘Students Day’ where students could get in for free. Looking around though there was a cross section of ages, though there were many more older men in attendance which is contrary to the trend in education which has seen a marked increase in females studying photography; the stand “Women in Photography” hosted by The University College for the Creative Arts  seemed a little out of place in an exhibition hall where the gaze was predominantly male and the subject of lighting workshops were all young and female (see above).

What then does this mean for the future of photography? From the show this seemed unclear, on the surface things had barely changed, there was still equipment to buy and the same kinds of people were buying it. The economy had altered subtly though and the sign above the Nikon Stand wrote it large “I am Knowledge” it pronounced and it was this economy that was booming. There are more providers of courses than ever, some online some physical, wrapped up in holidays or weekends away talking with others about pictures. Maybe it is this that we are missing the most, when everyone is a photographer, how can you identify the enthusiast from the mass of people taking pictures minute by minute but who care little for the subject in itself much less the technology or art that might go with it.  The Photography Show then becomes a place of reassurance where one can try out expensive equipment and discuss it with others like ourselves, in the same way that others discuss cars or motorbikes they will never own. Where egos are polished and pictures validated in this hall of mirrors.

Who and What are We?

We are a research group formed in response to the growing interest in commercial photography, its beginnings, its technology the people involved in it and in its future.

Over the coming months and years we will be initiating conferences, publishing papers, and creating dialogue about all things related to commercial photography in all of its shades and hues.

If you would like to become involved please email research@hallmarkimaging.com